Can't go wrong with a bunch of cards for a 1st ballot, 97%+ vote getter, Hall of Famer. 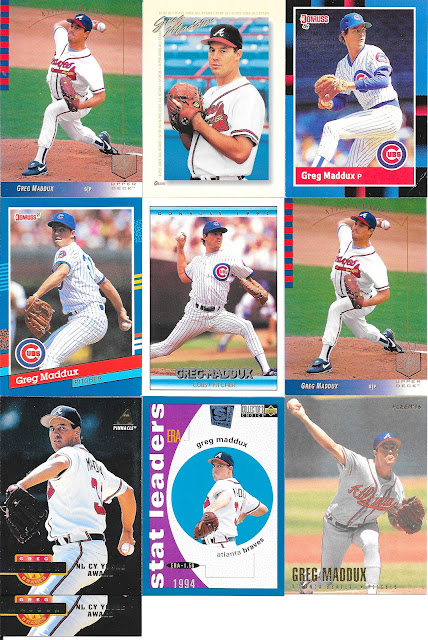 Though only the first two cards are ones I need for sets / inserts, I am sure the rest will make good trade bait.
Greg started with Chicago but is likely most well known for the years he had in Atlanta which included 1993-1995 where he won his second, third and fourth NL Cy Young awards in a row - the first being with Chicago in 1992. Combining both 1994 and 1995, he was 35-8 with an ERA of about 1.60! Truly an amazing talent. 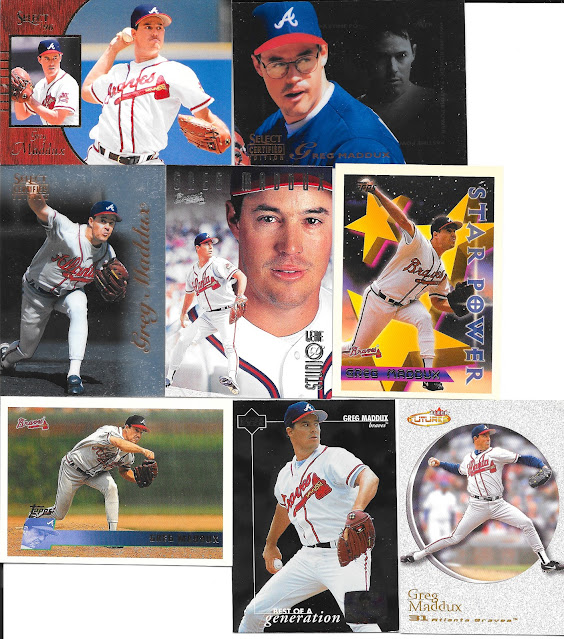 Amazing that Greg pitched over 22 seasons and after his time in Atlanta, spent time back in Chicago, as well as in LA and San Diego. For a player with the personal accolades that Greg received, I am sure he also is most glad to have the World Series ring for 1995.

A nice bunch of cards representing a great Hall of Famer. 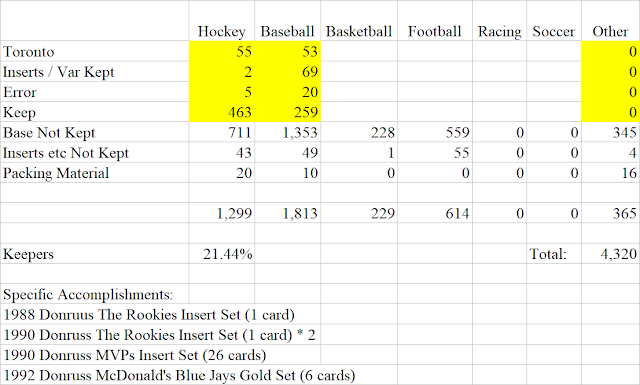 We end today with one of my most successful team set completing PWEs, with a trade from svcabo at TCDB. 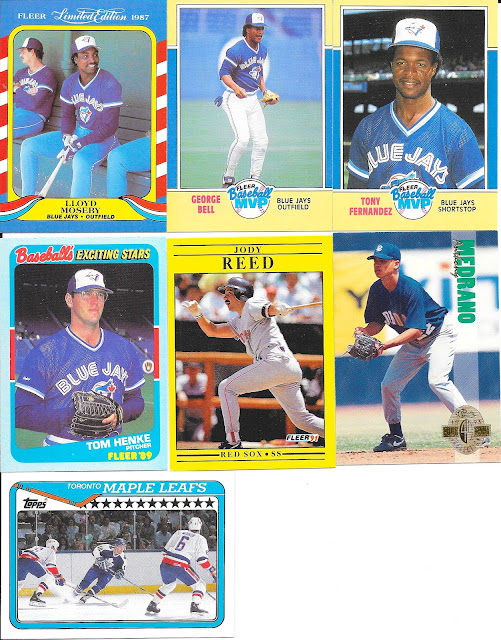 They may be small sets, but the above completed my 1987 Fleer Limited Edition, 1988 Fleer Baseball MVP's, 1989 Fleer Exciting Stars, and 1993 Classic Four Sports team sets. There were a lot of these smaller box sets back in the late 80s and early 90s, and I know I am still missing a bunch, but at least this takes care of a few. 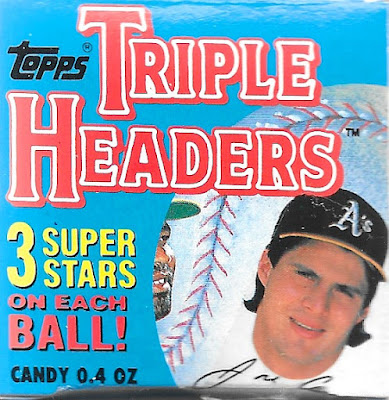 I was surprised these were listed on TCDB, let along someone having one in package, including the 31 year old candy, that they would trade to me so I have the one Jays ball. These are little 2 inch in diameter plastic baseballs with 3 players pictured on the ball. Very cute, but definitely not a card as far as I consider such things. A nice get regardless, and a great trade with many thanks to svcabo!
Posted by CrazieJoe at 8:00 AM