Along Came Joe (and Tom)

Sometimes when you do a box trade, one of the interesting things to notice is how the cards are sorted when they come. It can give a bit of a glance on how people may organize their own collections.

My dupes are all sorted the same way - sport alphabetical for what I collect (baseball, hockey, wrestling) and then the rest alphabetical with each sport then sorted by year, and in each year, alphabetical by manufacturer and set, numerically ordered. No sorting by player or team for my dupes.

I gather there was some sorting by player done by dodgercards as today we hit on a bunch of cards for Joe Carter (nine) and Tom Candiotti (eight). 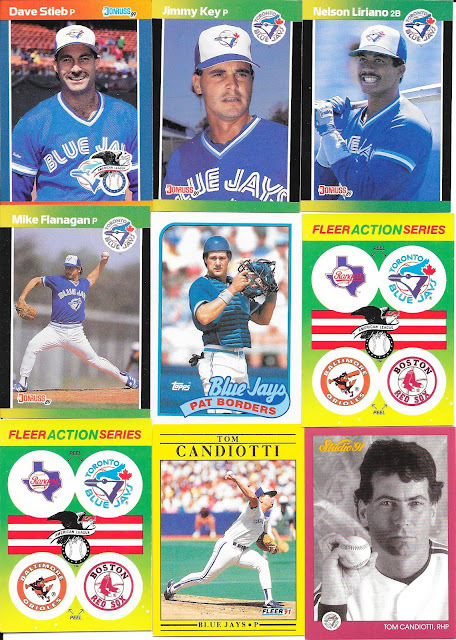 I really do enjoy the early 90s Studio cards. They were so unique at the time, they just stood out. The border colour may be one thing I change, but the black and white studio photos are great at hiding the fact he is in his Indians uniform...but the effect does make the unibrow pop. 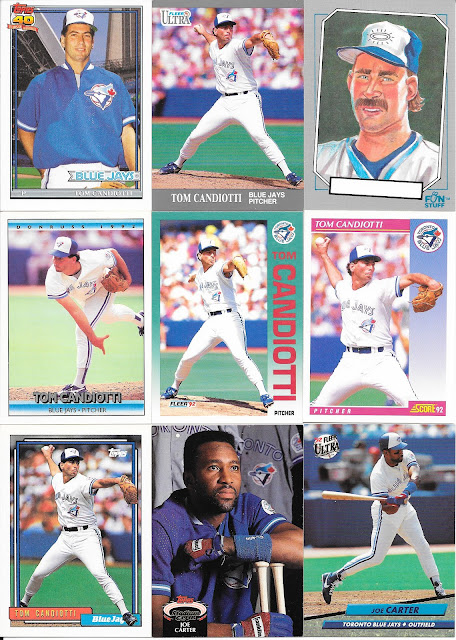 Obviously we need to look at that Dave Stieb card. This is from 1992 Confex Baseball Enquirer set which is a spoof on baseball card collecting and instead of facts, the back has a fake interview with the pictured player. Not a licensed product so no team names or player names even, just space left to write them in if you so choose.

They may have been cute or funny and the time, but do not really seem to hold up well. Not a card I ever thought about collecting because I didn't know it existed until seeing this card but POOF! Here it id. 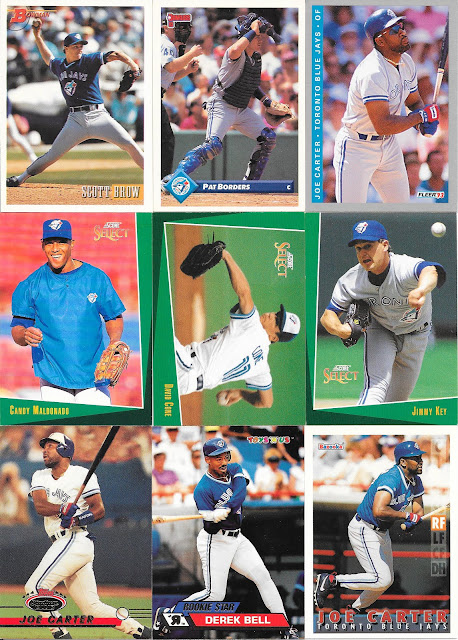 Joe Carter is one of my favourite Jays of all time - uop there with Dave Stieb. Obvious reason would be that I was 13 and a die hard Jays fan when he ended the 1993 Wotld Series in 1993, but also because he always seemed like a genuine guy who enjoyed doing what he was doing. 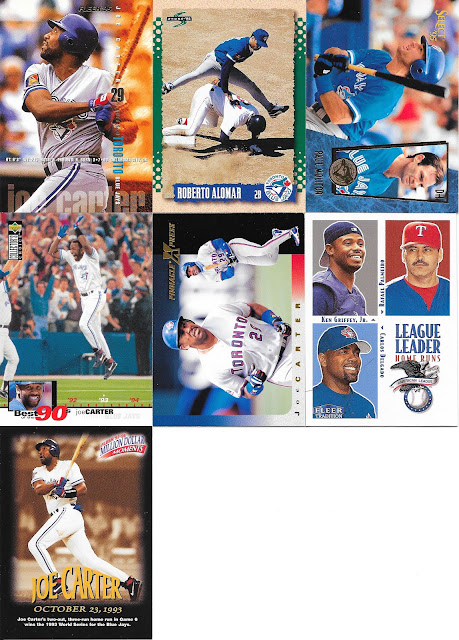 Part of that fun for Joe was probably having to do with the group of guys he got to play with all the time, which included Roberto Alomar who has a fabulous photo on this 1995 Score card. 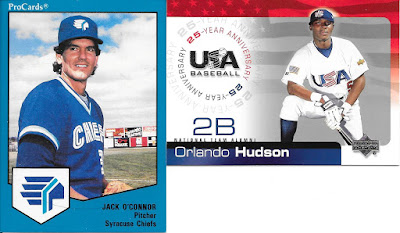 We end with the couple"other" league cards.

Jack was actually on the tail end of his career here. He did play in the Majors sporadically from 1981-1987. Orlando spent just over a decade in the major leagues, but the internation team/sets are not in the scope of my collecting, so we put him aside here for a better home.
Posted by CrazieJoe at 8:00 AM