I am not one to go on about current events because I don't really want that to be part of my collecting because my collecting is a nice escape from such worries.

That said, obviously COVID-19 is affecting everyone to some degree these days, and I just hope all are doing as well as they can be. It has got to the point that I think people are getting a bit crazy as far as panic goes as I have talked to people, as part of my work, that happen to be in Australia, Germany, the US, and there is one thing the same throughout - toilet paper is like gold right now.

Now without getting into the mechanics of it - but not sure I get the need to stockpile toilet paper, I mean, if you had to, as long as there is running water, it's a problem that can be solved, but the fights and lines over it, and empty shelves at stores around the world...you'd think it was the cure.

Sure, sports are on hold, as is about everything right now, but we will all make it through, the world has seen worse, and medicine is already making great strides on finding solutions to the viral problem.

Take care, and I hope you can use my blog as a bit of an escape to calm and centre yourself - it's what I am using it for these days. 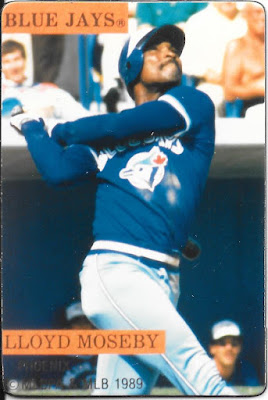 As the title says - here it is, my first magnet. I haven't gone out of my way to look for or collect them, kind of like stickers, but more than happy to keep what comes my way like this one. This comes out of the 1989 Phoenix Collect The Stars Magnetables set - one I hadn't heard about before getting this one. 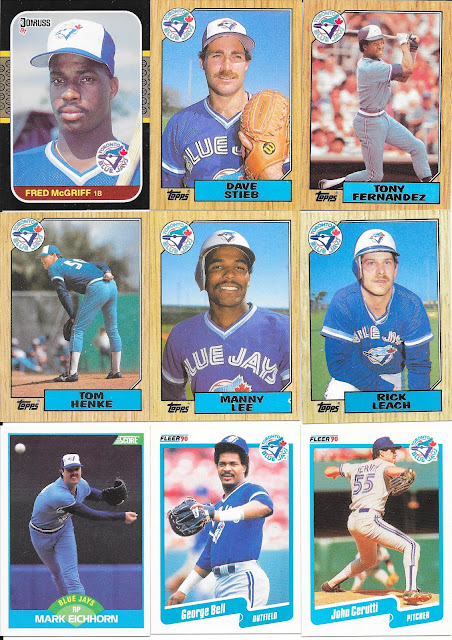 We see some usual suspects with some 1987 Topps and on through... 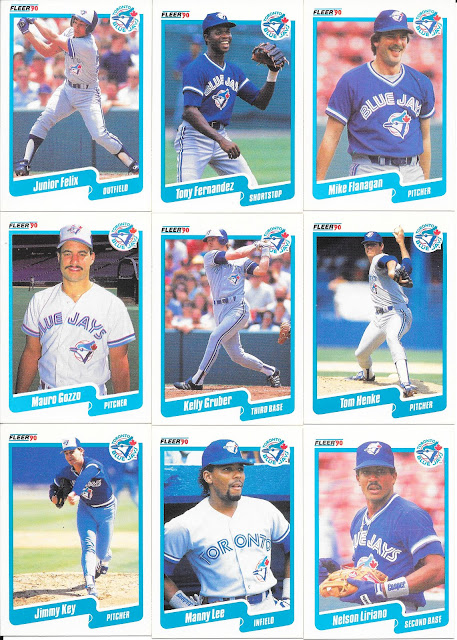 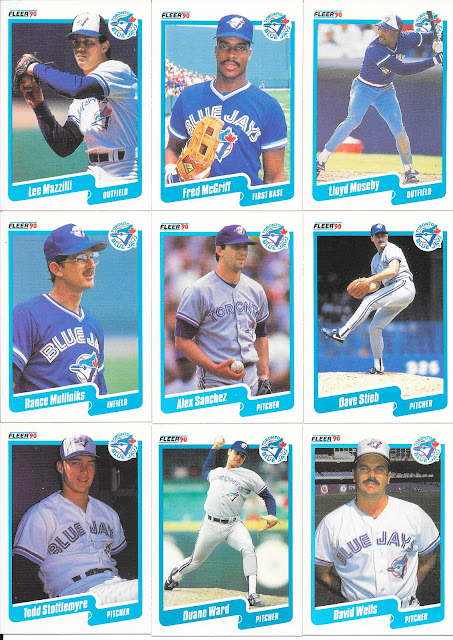 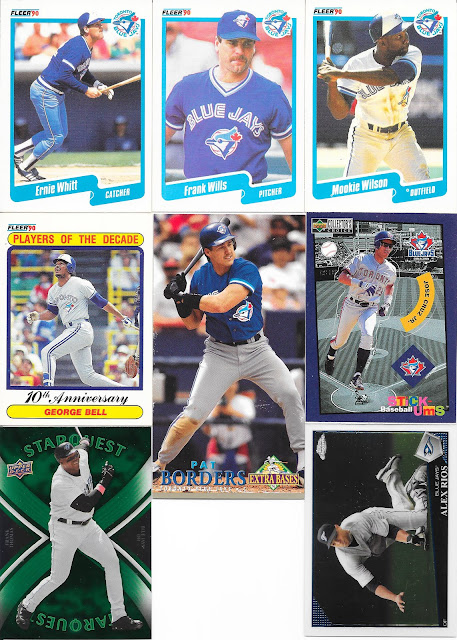 The interesting in the bunch were the rest of the cards after the 12990 Fleer. A second oversized Fleer Extra Bases with Pat Borders, a new for me Jose Cruz Jr. stick um, a Starquest - all of those are great, a Chrome Rios. 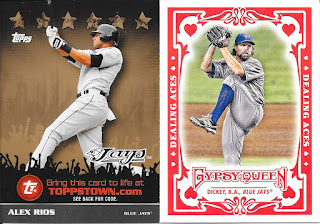 Best for last here though with not only a Topps Town card, but a nice gold version at that. Lastly we have the complete Jays team set of 2013 Topps Gypsy Queen Dealing Aces in R.A. Dickey. Interesting take on the design with the playing card inspired border.

Overall, another solid day including a bunch of new cards for the collection, and some solid dupes for keeps as well. It's like the boxes that just keeping!
Posted by CrazieJoe at 8:00 AM