A fan of a fan

Today's thanks go to someone I have traded with a couple times - Detfan6897 - who was nice enough to offer up a small PWE trade. In exchange for a couple duplicate Red Wings, I can away with some additions for both the Leaf and Jays collections... 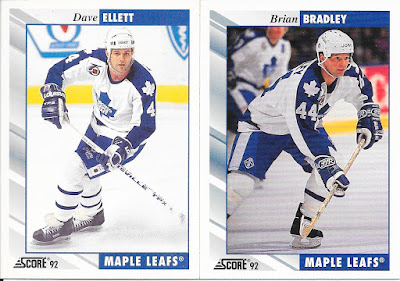 These were unexpected inclusions in the envelope. Always happy to get non-Canadian Score cards when talking early 90s hockey since these were not the norm from my collecting time. Being, you know, in Canada, the American versions weren't very plentiful, so getting them now is a great add. 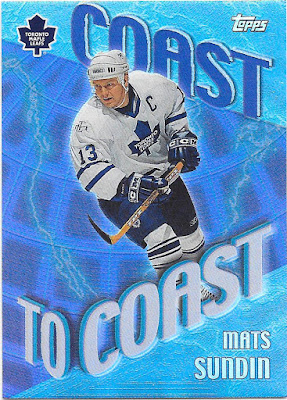 Frankly, this was the card of the bunch I was looking forward to most. A nice early 2000 Topps insert, and of Mats - that combo is always a good add to my collection. It scanned alright, but much shinier in person. 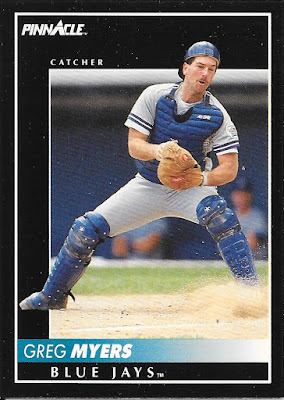 Would you believe that his best season stat wise for Toronto was when he was 37, in 2003, when he hit 15 homers and batted over .300 which he didn't do in any other season in his career, for any of the 7 teams he played with. 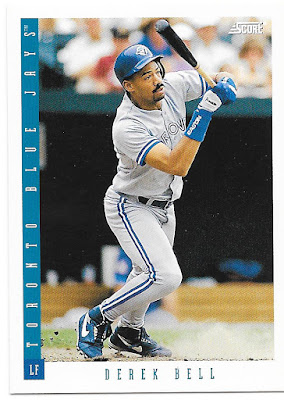 A lot of potential when he started in Toronto, but his best seasons were around decent and for Houston. 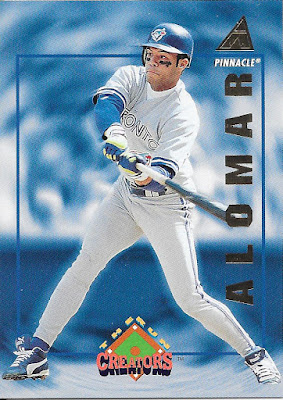 Lastly, my second favourite card in the envelope. This one documents Alomar's ability to create runs through stolen bases (a lost art form these days) and walks.

Again, a big thank you to Detfan6897 for the trade.

Rather than wait until the month is over - wanted to sneak in another bunch of Listia wins. All from the same seller who has been putting up a lot of 2018 Women's Division WWE cards, and some others. 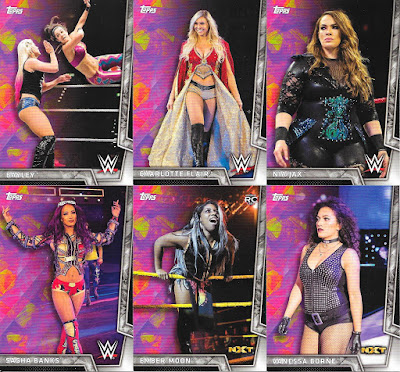 My daughter is happy I got the Bayley card since that is her favourite wrestler. 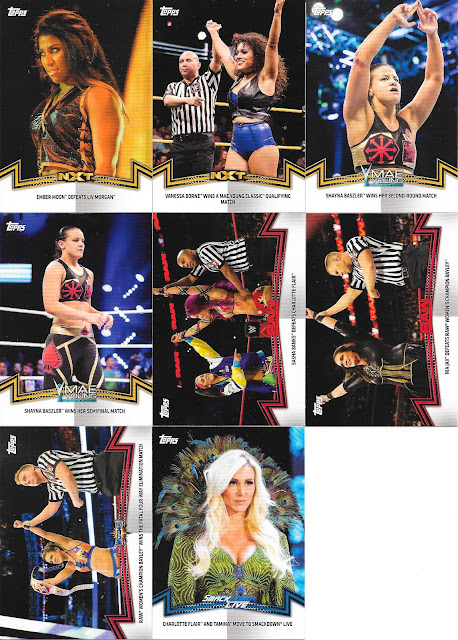 The memorable moments inserts are plentiful, another 50 cards, and honestly, a picture for Charlotte that should have been her base card - the peacock outfit is a great one and fitting of the Flair style. 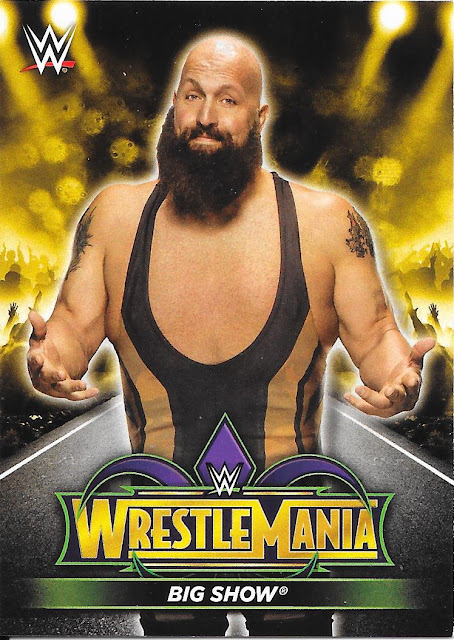 We end with a 2018 Then Now Forever insert from the Wrestlemania Roster, with Big Show with a "not sure why I am here, but whatever" type of pose.
Posted by CrazieJoe at 8:00 AM