Andyroy3 - this will take a few days

A true statement indeed as I have a couple different trades with andyroy3 that I need to share and be thankful for. I especially like trading with him because being in Ontario (and not across the border in the US) saves a bit on shipping which is a nice bonus. I wouldn't let the cost prevent these trades though regardless, as these added a few team sets for the Jays collection. 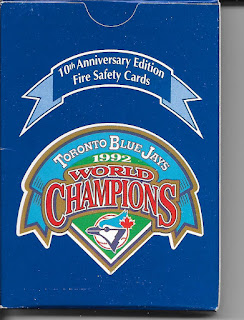 The 1993 Toronto Blue Jays Fire Safety team set. It is not my first and I have shared it before, so I am not going to scan them here since I have another to share in detail, but awesome to get another one. This is actually my third such set. I may not be as ambitious as having an outward goal of 1 million Jays cards (at least not until I can afford a second home which I would need just to house and display them), but I am happy with as many of these sets as I can get. 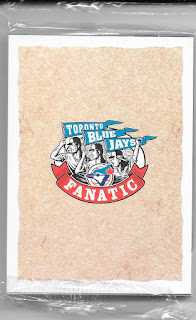 Here is also the 1992 Jays Fire Safety team set. I would share this one, except it is still under wraps - never opened. So, no sharing of each card....but wait...one more I can share, which is also new to me... 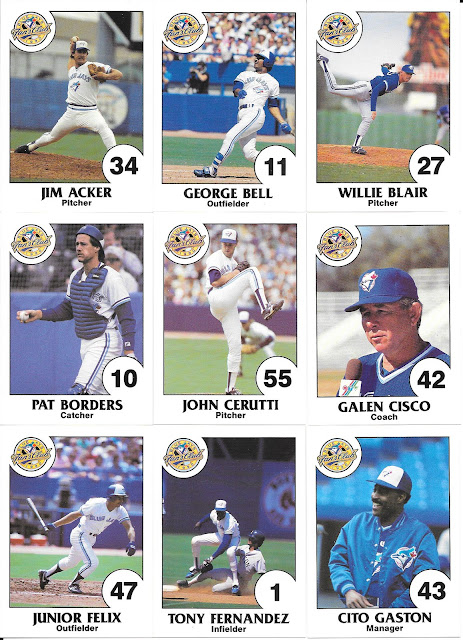 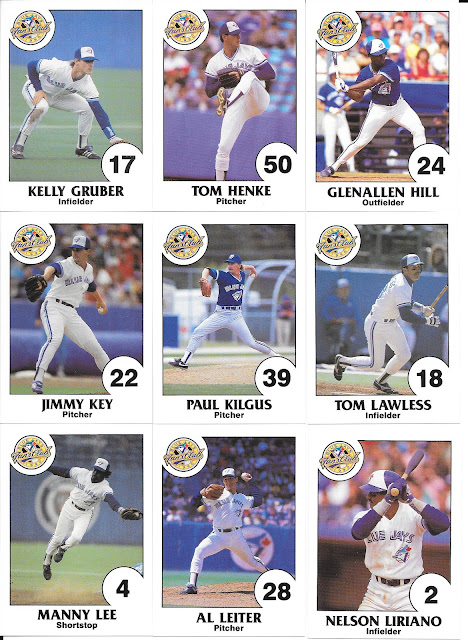 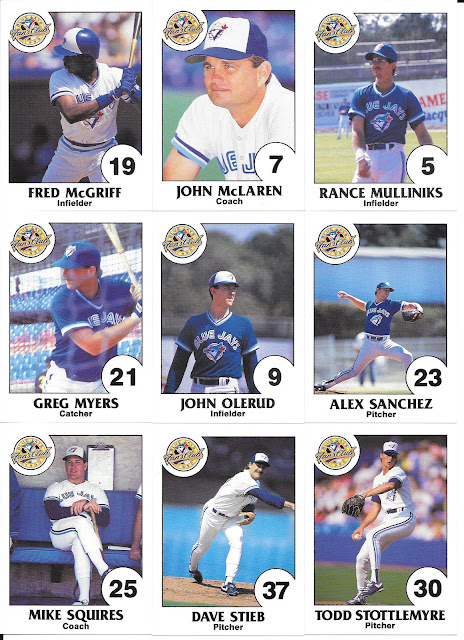 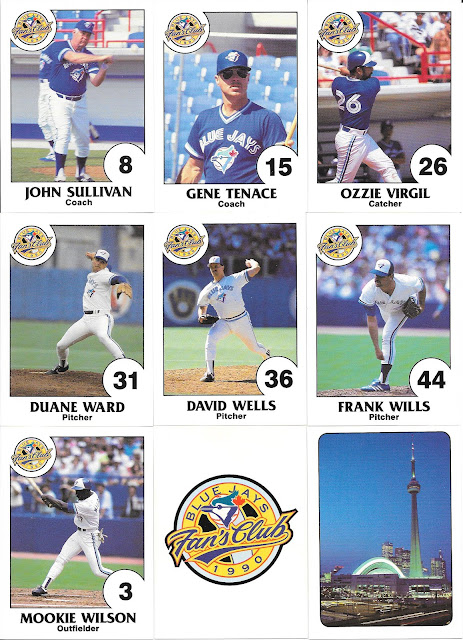 1990 Jays Fire Safety set too! I don't know who cropped some of these cards, but I would have done a number of them differently...Bell and Olerud being the prime examples. All can be forgiven though with the inclusion of the excellent Skydome shot on the last card.

A number of the SkyDome shots also provide a fair glimpse of the nice old astroturf used on the field. Having now gone on the field with my kids when they ran the bases at a Jr Jay day and being able to compare - the faux field now obviously looks much better on camera, and I think it feels much better under foot as well. Anyone who didn't get to see some of the crazy massive bounces back in the early 90s - check out some old highlights of plays where balls simply bounced over the heads of fielders.

We will leave it at that for day one as these were some great team sets (but not all of them!) and deserve a thank you on their own. More tomorrow though!