Ending with a box

So this month, I spent giving thanks to a number of trade partners, sellers and others I have received cards from. There are many others I could thank, but only so many days in the month, and I am not going to be posting multiple times a day - once a day has been working well for me.

Today, I end with a box trade with clmdesign. I sent off about 800 cards and received back below (guessing about 500). Numbers don't matter to me, and glad to shrink the collection anyway. As for what was there, we will see below, but much to add to the collection so....woo hoo!

Let's begin with the 1986 Topps baseball portion of the box. Going in, I had about 60% of the set completed. I have a feeling that is going to jump a lot after this one. Let's take a look at the adds...okay...not all of them as there was a good 100+, so some highlights instead... 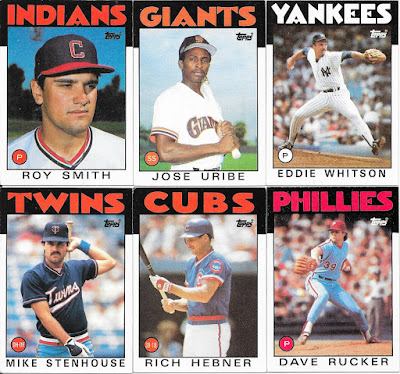 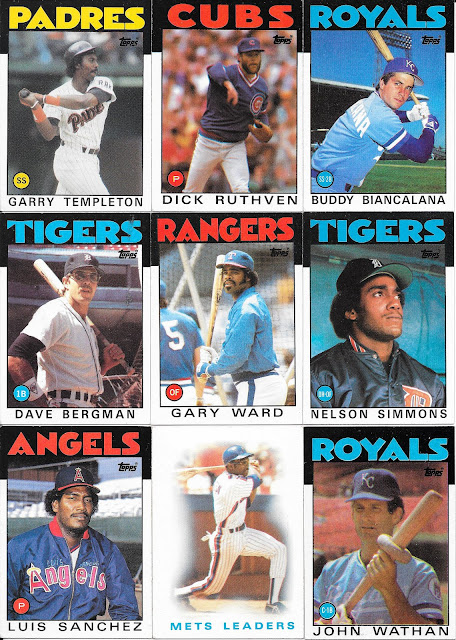 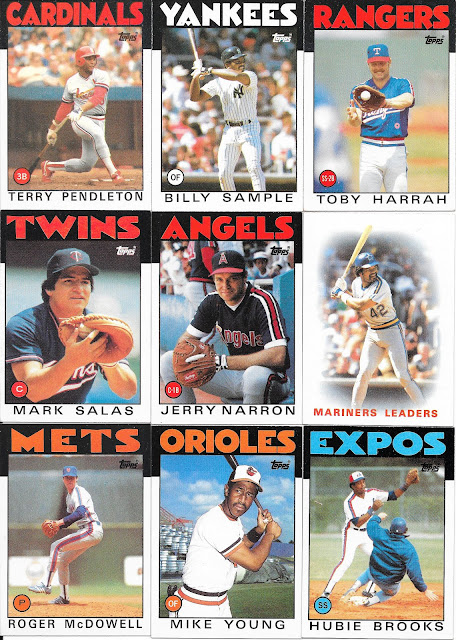 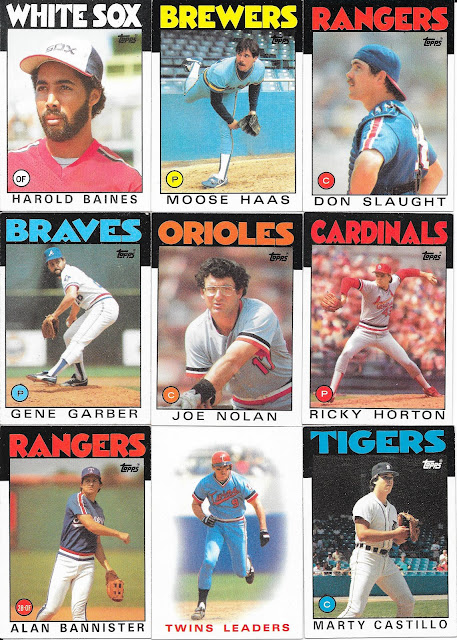 Wow - and with that, the set is now up to 77.7% complete! Far enough along, I pulled the set from my general baseball card boxes and put them in a separate 800 count box for the set completion - now just need the rest of the set. 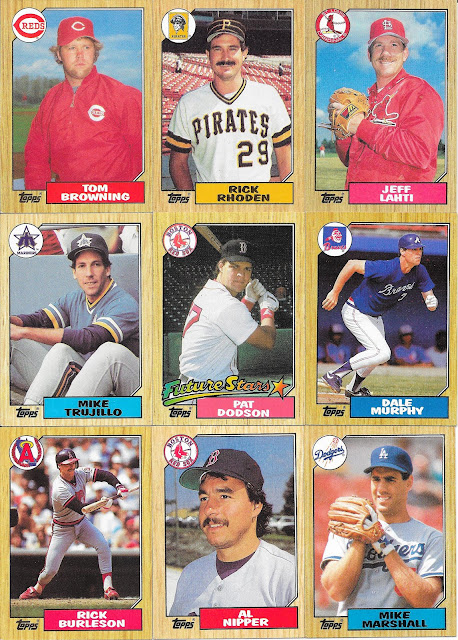 Most of these are improvements for cards as some of those in my set are quite warped, and I wanted to replace them. That said there were 3-4 new ones as well, so down to less than 15 needed for the set, including replacements.

There were a few cards which didn't really fit my collection, but that I didn't have, and that I know may interest not another baseball card blog writer, so I'll show those as well...

The rest of the baseball keepers are Jays content. 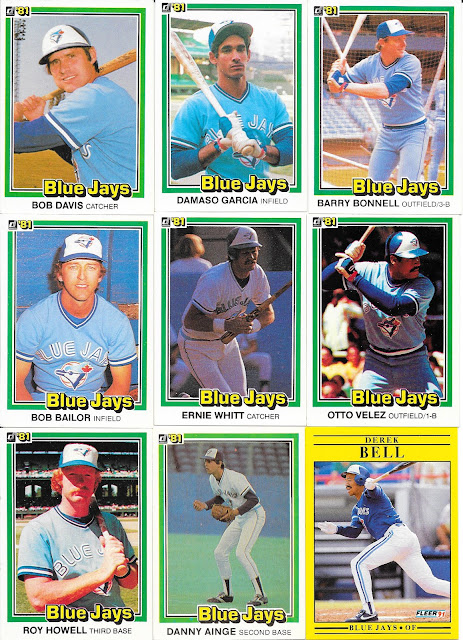 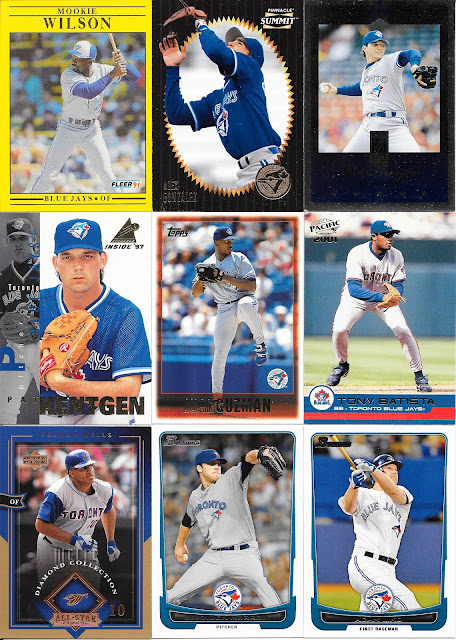 A nice bunch - not that I needed any of the 1991 Fleer yellow cards, but the more the merrier. Love the 1981 Donruss though, as these were all new to the collection. I still need a bunch for that team set. Really like getting the Summit card as that is a set I never see. 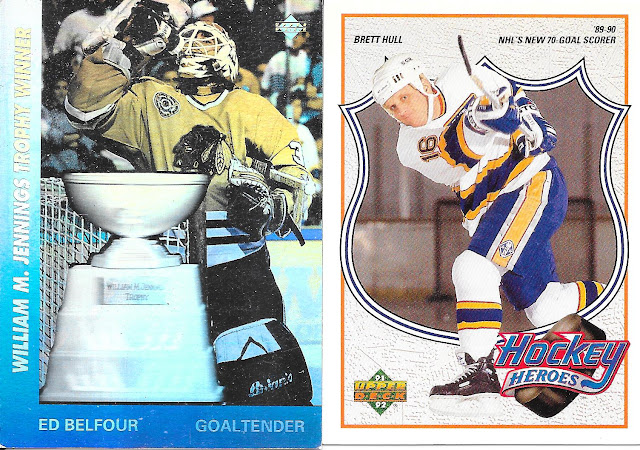 There were a couple 1991-92 Upper Deck inserts which I didn't have. The hologram of Belfour scanned beautifully here beside one of the Brett Hull Hockey Heroes inserts. 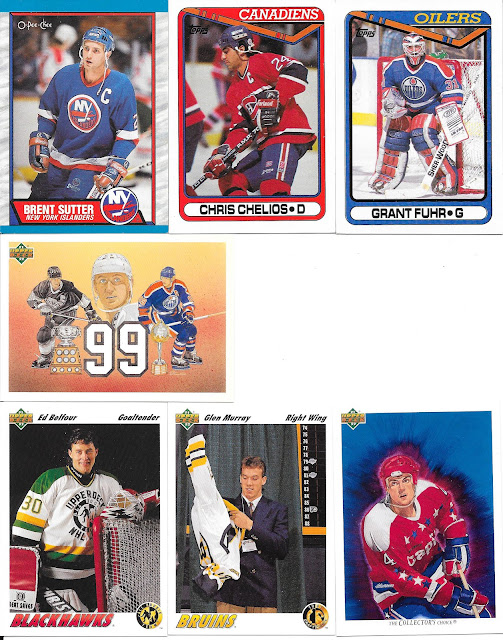 There were a few Leaf cards of course as well... 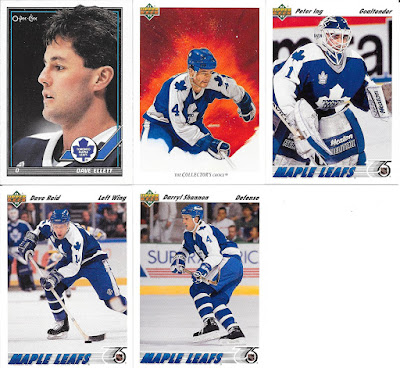 Nothing new, but again, nice to gets.

With that, we end the entire excellent box. Appreciate the trade, and the trades I have been able to do with everyone, those I covered this month, and all the others I have had the pleasure of trading with as well.

I can't thank you, and these people, enough!
Posted by CrazieJoe at 8:00 AM