A repeat trade partner! Still worth an extra thank you of course.

Already covered one trade, and today we cover another which does a good job to focus mostly on years I am sorely lacking of Jays cards - you know, that small period from about 1994 through 2010. Not all the cards fit this, but a good number.

Let's do a run through. 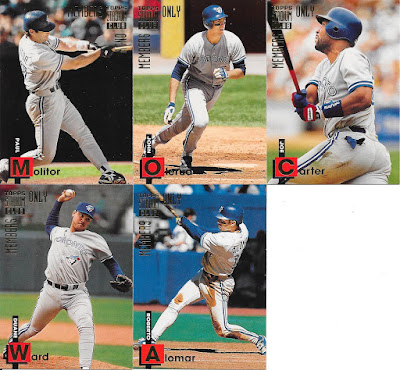 I had never heard of this Members Only set until being offered these cards. Instead of your traditional stats on the back, it is just a write up of important recent moments. For example - no joke - the back of the Paul Molitor card says - "The post-season is Molly time". Yeah, there is a reference nobody meant to make at the time. On an unrelated note marijuana becomes legal for personal use in Canada, in just a few days.

All that aside, these do keep the Stadium Club theme at the time of some really nice photos. 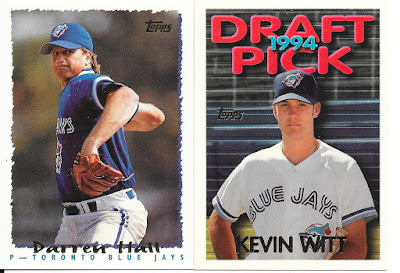 A couple Topps needs knocked off out of 1995. 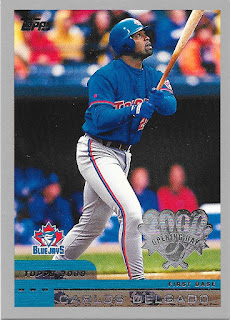 2000 Opening Day which shows a very vibrant opening day logo on the front compared to the tamer version used these days. At least the pklacement on this card doesn't take away from anything, but I could see it being problematic given the size. 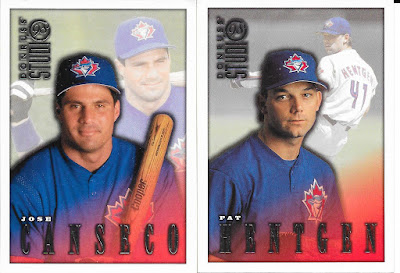 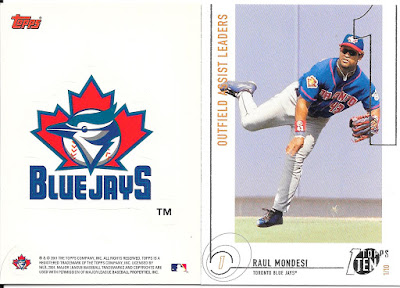 A couple different Topps cards circa 2002 (the first being a team logo sticker - didn't know they still did those into the 2000s....). 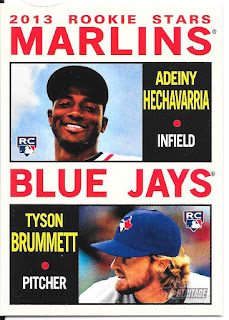 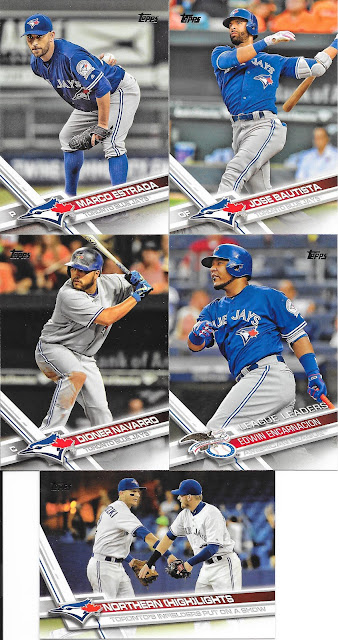 We then end with more 2017 Topps needed knocked off including the sweet Northern Lights team card.

Great adds, great package, and a great big thanks!
Posted by CrazieJoe at 8:00 AM