Wally and the Jays

Okay, some Leafs too, but that would be too long a title.

We have looked at the cards I received from WallyCub which related to moving along the completion of sets I was working on, and yesterday, some sets that were heavily added to, and today - the Toronto content. 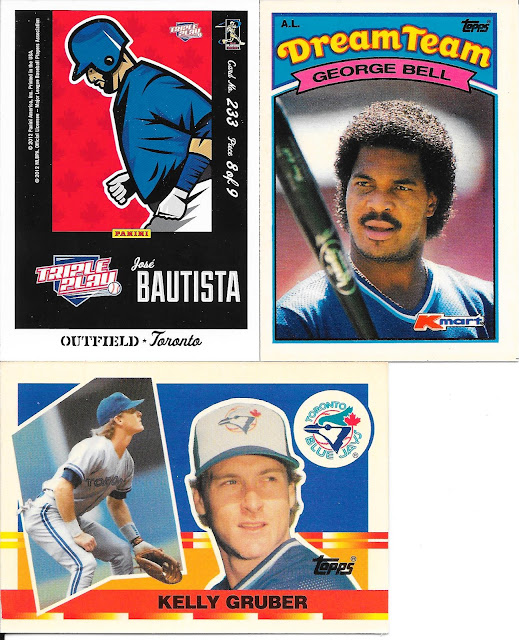 Yes - I will hang on to Toronto Triple Play cards as much as I hate them....still "count". A K-mart Dream Team Bell is just great, especially with the full head of hair on display. The Big Gruber isn't too bad either, though they are a bi tougher to store in sleeves with their size. 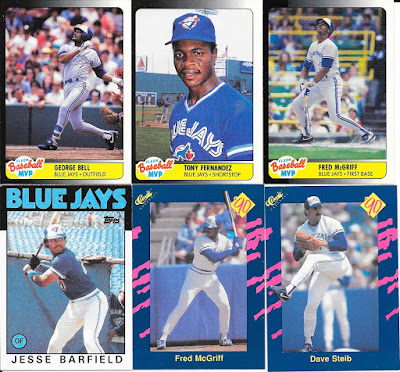 Was never a fan of the Classic sets, but it is an interesting idea to purposely make room on the back to get a signature on the card.

As for the Leaf content, we hit three sets... 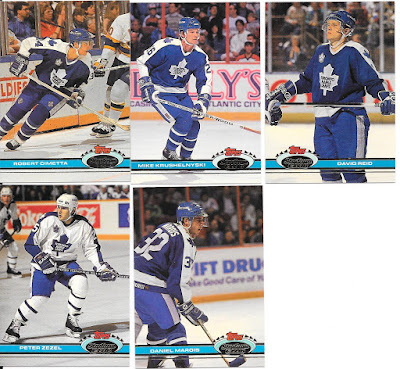 This goes with the cards from yesterday, as I needed a second set to have one for the Leaf binder and one for the complete set. 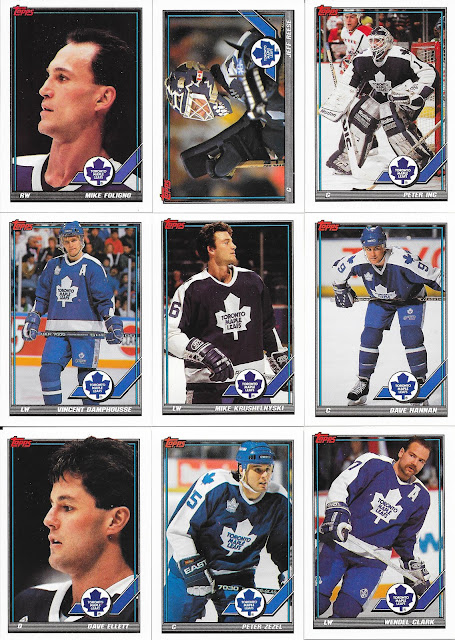 Have the O Pee Chee and most of the Leafs in duplicate as needed, but didn't have much for the Topps version, so these were great to get.

So, that is it, and a final big thank you to WallyCub. I know there is plenty I can still send his way, so may end up doing another box some time soon!