Didn't get a chance to talk about game 3 yesterday before posting, but kudos to anyone who stayed up and watched. I pick one game to watch, and it goes over 7 hours - thank goodness it was a Friday night. What a game - will be game of the series regardless how the rest plays out.

Anyway, Setshot68 was in need of a few basketball inserts, and was able to send across a bunch of early year Jays cards in return, so no better way to thank them than to share with you all the goodies I received. 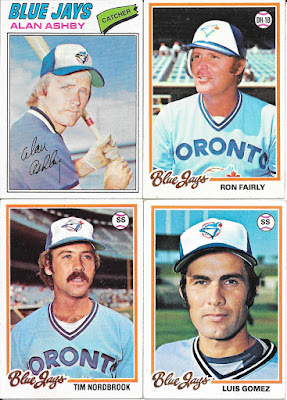 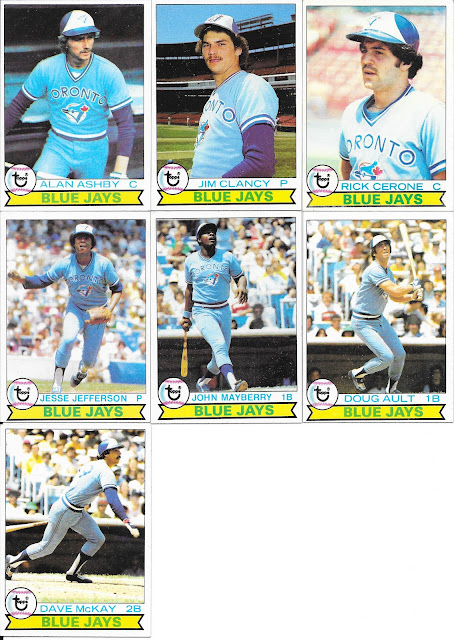 These make a good dent on 1979 as well. I really enjoy the sets from these years because they have a good portion of the team, not just the top 5-10 stars like a lot of sets these days. Many of the team sets from 1977 through into the 90s (especially for Topps, but others too) can be 20 plus cards. 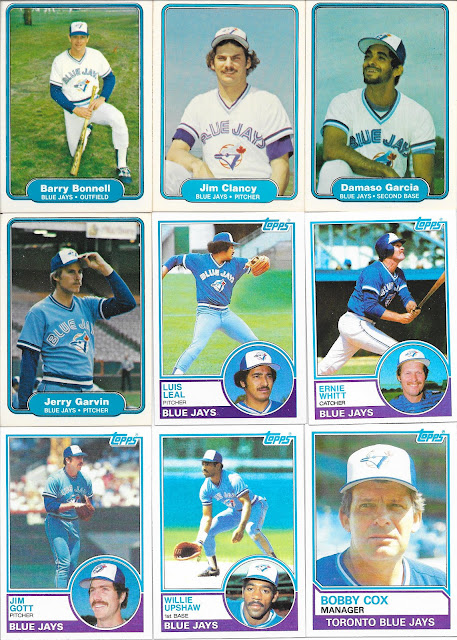 1983 Topps is down to only three cards left as well, most notably for name being Buck Martinez. We do start seeing some longer term "when I was a kid" Jays here with Upshaw and Whitt. 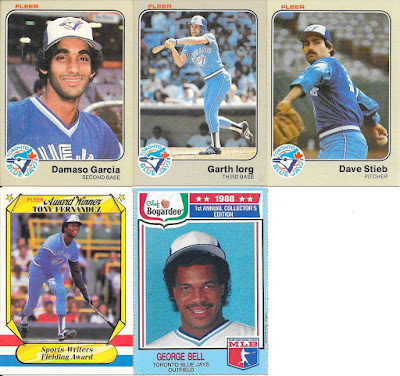 We end the package with a couple really nice cards with the Fleer Award Winner Fernandez, and best for last, food issue Chef Boyardee Bell. I don't remember those well, and had a lot of Chef Boyardee as a kid too, so a great pickup circa 1988!

Only because, I have a number of Listia wins, and want to share some now, there have been a number of 2018 Women's Division wrestling cards available and I have picked up some of them, and here are a few that came in... 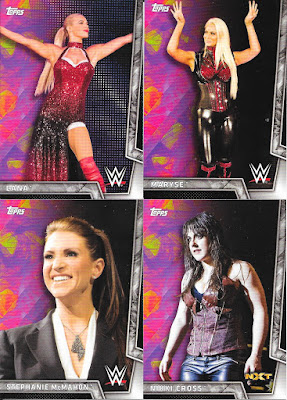 These are a few of the base cards - and the first I have. I don't mind the pink graphics side/background, but man - it really contrasts with the character of Nikki Cross. With the base set only being 50 cards - there are a few different insert sets which are in the one per pack or every other pack range - I may have to work on finishing the base set one of these days.

Speaking of those insert sets... 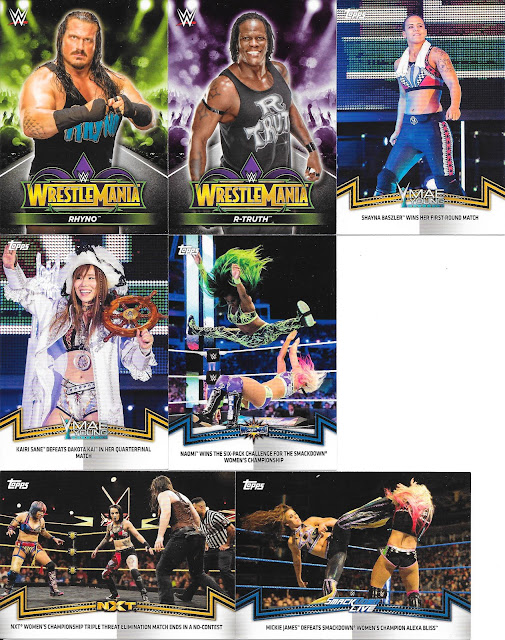 A couple cards out of the 50 card insert set documenting the Wrestlemania roster, and a number of memorable match and moment inserts as well. The Wrestlemania inserts are pretty basic in design, but would be neat seeing someone who was there a few years in a row, cards side by side. The match highlights at least provide some nice action shots.

Plenty more to come by over the next couple months I am sure.
Posted by CrazieJoe at 8:00 AM