Not Another Thank You - Jays

Continuing with the trading with Mike at Not Another Baseball Card Blog where we looked at some set additions, now we turn to the Blue Jays Mike was nice enough to send across. 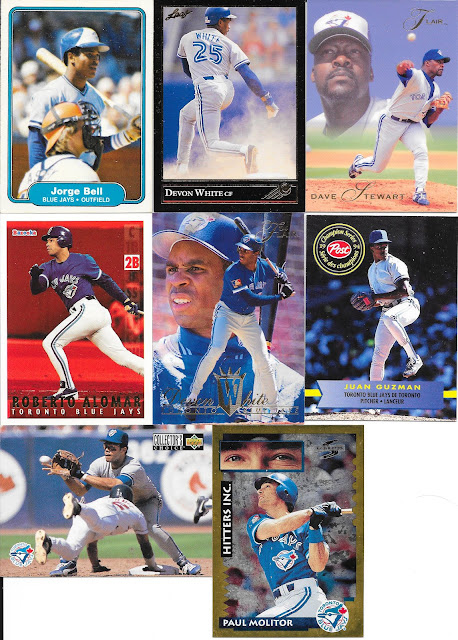 A great variety of Jays, with the earliest being from 1982 Fleer - George Bell before he was George. The Devon White Gold Leaf card is an excellent card too.

Dave Stewart is one of those players (kind of like David Price in more recent times) of really not belonging in the Jays uniform, and not lasting long in it either. As a player, he was very intimidating as an A's ace. Somehow a bit different than Paul Molitor, who will always be a Brewer, but did seem comfortable as a Jay. 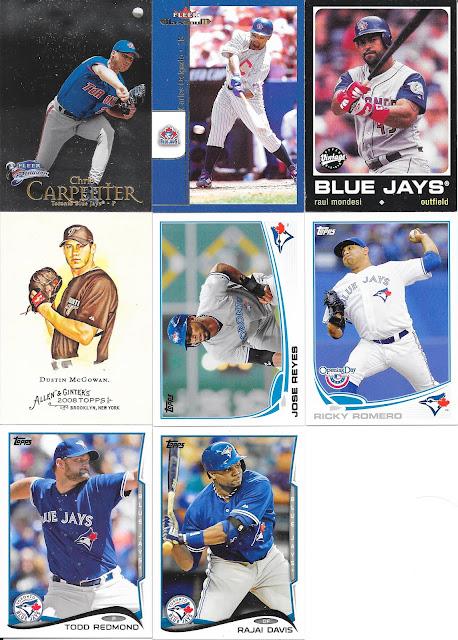 We quickly skip into newer cards and more recent Jays with Davis, Romero and Reyes to name a few. McGowan took his time from being drafted (way back in 2000) to making the bigs and last playing in 63 games for the Marlins last year. 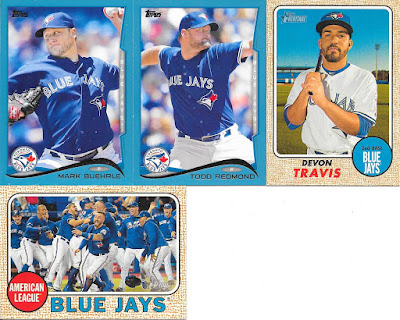 We end with some sweet blue Walmart parallel cards which, for the Jays are pretty sweet - similar to say the Cardinals and red parallels. We then finish with some 2017 Heritage needs including the team card which is all kinds of awesome.

ANother big thanks Mike - appreciate the adds.
Posted by CrazieJoe at 8:00 AM