Wally gives a set and starts a couple 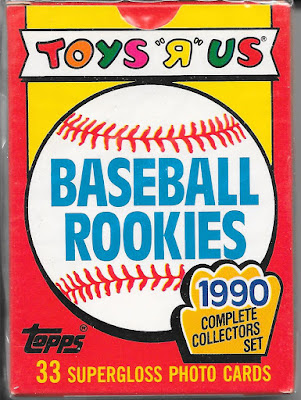 Here is a nice one and done from WallyCub - I only had one card in the set - an Expo which has since found a new home. The box is sealed and not going to opened, so no cards to show otherwise, but an excellent set to add. Luckily Canada still has the Toys R Us stores for now, unlike the chain lost in the US earlier this year, but no cards like this out of the store in a long time.

Next up was supposed to heavily help the 1990-91 Team Scoring Leaders Topps set. Only problem was (and I in no way blame Wally for this one) - of the supposed Tiffany set, some were regular cards. Again, I know I very easily make similar mistakes, so not a problem at all, and I needed the cards regardless, so still to great use, but wanted to bring this up for everyone as some may not be aware.

It is especially hard and the "normal" cards are shiny, and the Tiffany have a very slight extra gloss. Honestly, the way I recognize the two is by running a thumb over the top of them lightly - you get a lot more sound off of the normal card compared to the Tiffany. Any other tricks people have for these, please share! 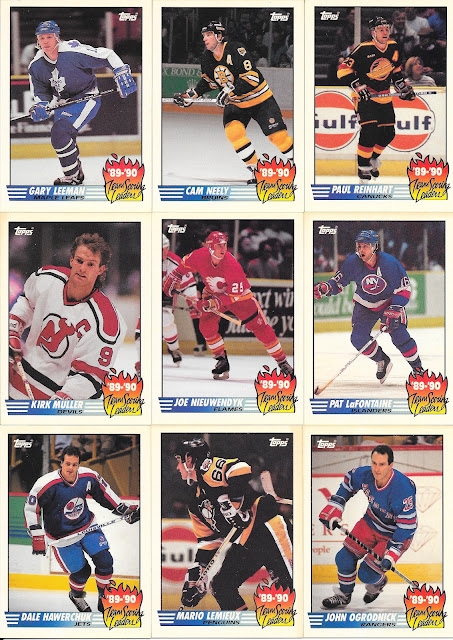 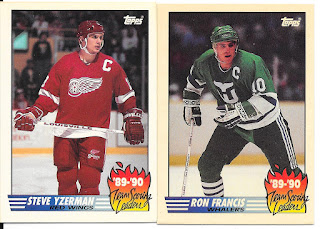 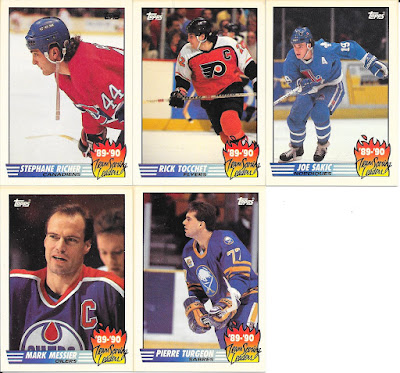 Honestly, can't tell at all in the scans, or at least I can't.

There were two sets I was not really collecting in any way before receiving this package, but that this package has but them onto the back burner. I may not actively go after them yet, but both are in striking distance that I am sure they will be close to done within the next couple years.

Instead of showing all the cards received, I am going to show one of the subsets which ends the base set... 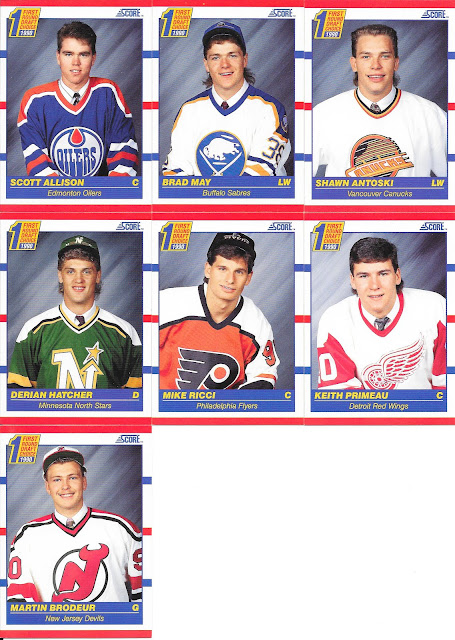 If there are base cards desired from this set, they are in this subset. I already had the Jagr, but Brodeur would be another big one, and Primeau had a great career too. I don't remember these types of rookie card subsets being as big a deal as they are now with all the rookie chasers looking for big money investment cards, but I think that is because during the junk wax, everyone was more collecting well, everything, to save and keep as a retirement fund.

1991-92 Stadium Club
Another set that is now just over 80% complete (from what was about 12% complete beforehand). I do like the photography of the early 90s Stadium Club, which is what it is known for of course. Here is a quick nine from the pickups... 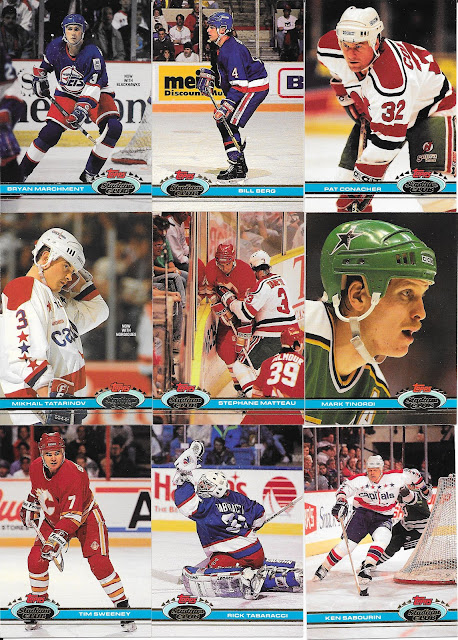 Yes, some standard hockey shots, but some stand outs even back then like the Stephane and Rick action shots - great photo work.

Yes, a lot of good set work, but tomorrow we can look at the Toronto cards that came from WallyCub as I continue to pay thanks for the great package sent across.
Posted by CrazieJoe at 8:00 AM