They could be 49ants

No Giants in the trade so to speak, but a number of excellent Leaf cards from 49ants. Actually , enough cards to take a couple days to go over and share. I like making sure to give enough attention to all the cards I get, whether simple base cards or "hits". Don't get me wrong, I love a good chase card or big hit, but I am just as happy to see a good base card too - especially those I haven't seen before, or are new to my collection. 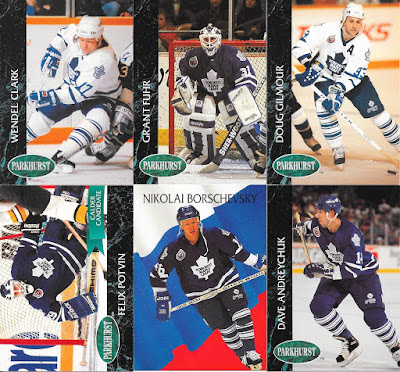 I like the country flag background subset. These were for international rising stars and came out nice with the design in my opinion, especially with the lack of a border. 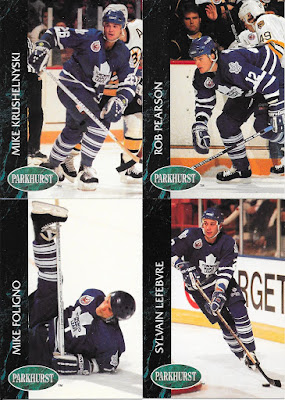 Also, not all of the photos are perfect. I have no idea why this was the best picture they could find for Mike, bu seems to be taken after a fall or check to the ice.

More Parklhurst in the cards for today with some Emerald parallels. I like the simplicity of these as the Parkhurst symbol being green is the only difference. Simple, but effective. 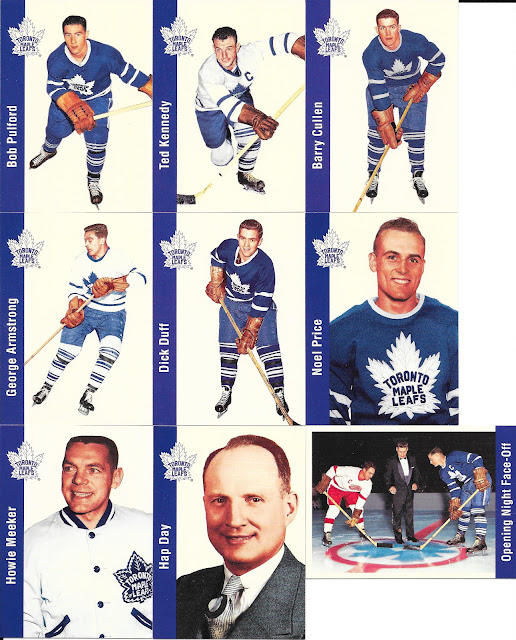 These are out of the 1994 Parkhurst Missing Link set which looks to document in cards, the 1956-57 set that Parkhurst didn't make back in the day. Long and short, it had something to do with licensing and what Parkhurst was able to produce in the mid 90s, so a few retro sets came out, this being the first. It was very well done and well received. 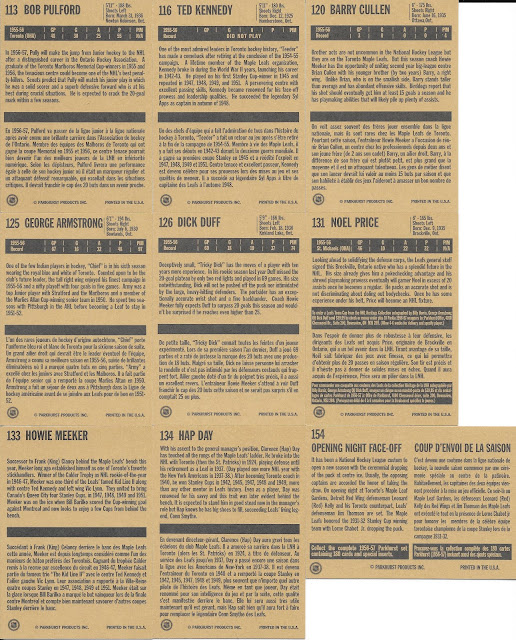 Great card stock, and great retro set up, I wanted to show the backs as well - definitely well done for the mid-50s style.

A lot of early 90s Parkhurst, but great add and thank you to 49ants accordingly, with more card and more thanks coming tomorrow!

SInce we are on hockey - here are the first few 2018-19 Upper Deck Tim Hortons cards in my collection. I picked these up on Listia...

There were a number of auctions, but I made sure to pick up the couple Leaf cards and just happened to come away with only one other.

The design is fairly similar to prior years, not that that is a bad thing. Picking up two Leafs, I still need four more in the base set, but it's a start!
Posted by CrazieJoe at 8:00 AM