Before anything else, I just wanted to speak briefly on the MLB playoffs and my lack of interest this year. With the Jays being well outside the picture, and time being at a premium, I haven't been able to follow the way I normally would. The playoffs have been fine, but not thrilled with the run for the BoSox personally, but that's just division rival jealousy.

I will follow the highlights and scores of them playoffs at the least, but getting enough time to watch games just hasn't happened this year - just part of having kids and trying to work around their programs, bed time routines, etc. Wouldn't change it, but that's just part of the impact...though with a Jays playoff run, I'd squeeze some games in somehow.

So yesterday I went through the bonus package, and today will be the original trade. Again, the usual suspect being Leaf needs from a fellow Canadian here, but also a few error and set completion related cards as well - a little bit of everything from PapaG321. 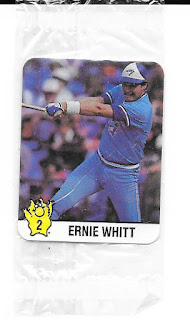 First off, a Jay add which will go into the unopened pack collection  1987 Hostess Superstar Series. An excellent pick up all by itself. 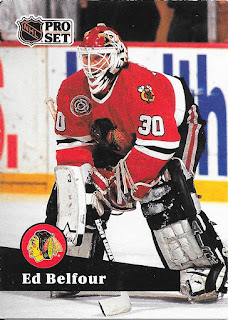 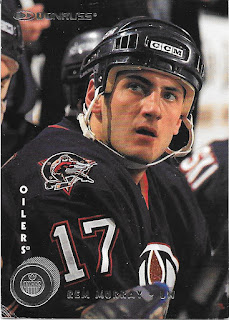 A little bit of a bent corner on this one, but since I only have a couple left to complete the set - I am not going to be too picky on that fact. Just two cards left now. 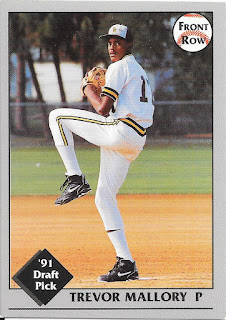 This one is my fault. At one point I added all Toronto Blue Jay cards on TCDB, but didn't realize some of the minor cards had been associated with the major league team, so this ended up as a want. I fixed it later, but ended up with this first.

A while ago I picked up the box set of 1991 Ultimate, but here ended up getting dupes for the Toronto collection. An early example of unlicensed (but not home created broder) cards. 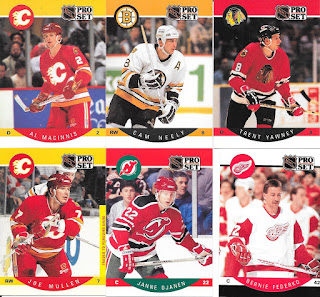 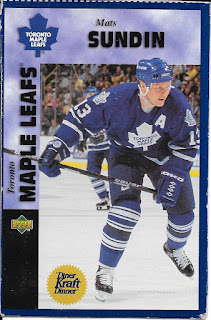 Continuing with the food cut cards, though not quite as big...some Jell-O... 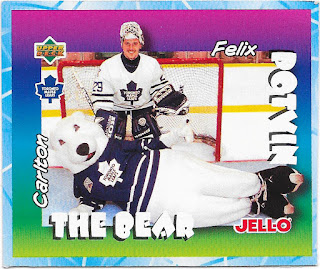 Probably the only card to feature a cat and a polar bear for the Leafs. 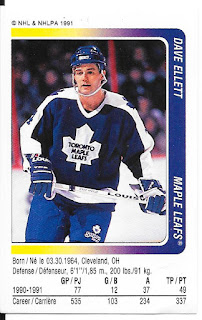 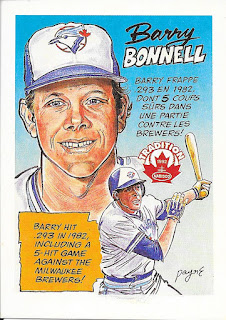 Had some of these come up the last week or so, and here is another out of the 1992 Nabisco set which was all Expos and Leafs. 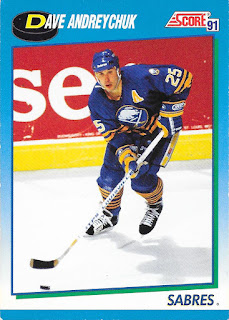 Did I mention I am slowly picking away ar the 1991-92 Score Canadian set? Well, one less need there now too!

Here is a set I have had for a long time - bought it for $12 back in around 1992, stuck it away, pulled it out when I got back into collecting, and lucky if it is still worth the $12 - but I needed a separate set of Leafs now, and these knock some of those off now. 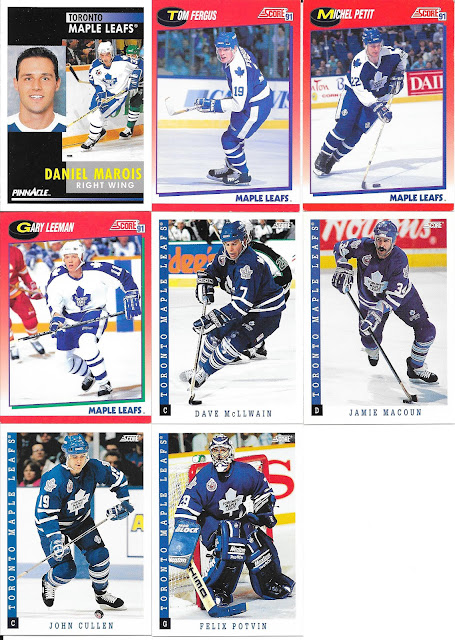 Speaking of which, here are the odd sod remainders... 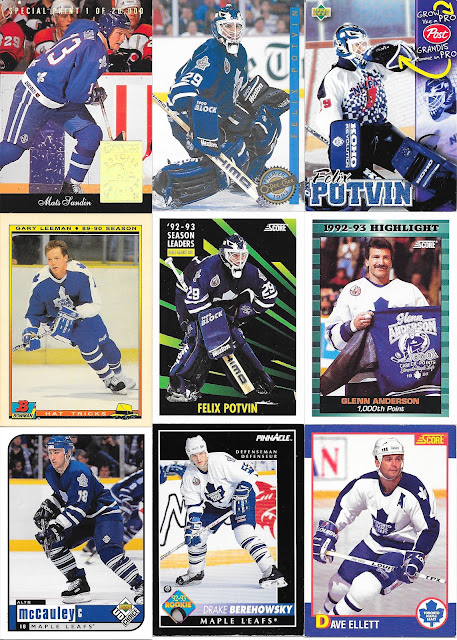 The Nordique Sundin will go in the insert/parallel binder as it is serial numbered (kinda) as 1 in only 20,000!

A trio of Potvins - the best of which to me is top middle - the Post beside it is too later 90s design glah.

My last comment on these - I now have three Gary Leeman Hat Trick cards - they all look glossy versus being Tiffany cards (unless Glossy is Tiffany and...man these just confuse me. I have glossy, if the other version isn't glossy, I need it, if it is also glossy - how the heck do I tell the difference....

Won't lose sleep over this one, but does make me wonder.