I am cheap....okay, let's say frugal maybe because it sounds nicer. I am not someone who will justify spending $5 - $10 on a card, it just isn't me (and probably not something my wife would be thrilled about if done on a regular basis. I can justify repacks given the price, or some of the unopened pack boxes because the "fun" aspect of opening packs is there, but not a big "buying what you need person". Heck, I could see the flood gates open and wanting to buy everything I need if I started, and that would be too costly.

So, Listia has been a nice option the last couple years where, I don't have to pay anything, but get credit for taking surveys and whatnot on the site. I choose auctions that ship to Canada and ship free, and this has resulted in winning about 600 auctions (some single cards, some multi card wins) over the past three years. I have taken a couple extended breaks during the period, but still, 200 wins a year isn't a bad way to add to a collection.

Today, I'll share the some of the stuff I have won over the past few months. I didn't bother tracking which from what seller, or what came in which lot, but the message is the same - a thank you to all of the sellers who use the platform. I know they are compensated with credits or the cryptocurrency used, but they provide an opportunity for people to earn such currency without having to pay a cent, and get some pretty decent cards out of it.

Wrestling
Having gotten into wrestling rather recently, and there not being a lot of product of it in stores, Listia is a way for me to access some of the "not current" cards. As you can see from below, we aren't talking about getting vintage wrestling cards, but a nice smattering of cards from the last decade. 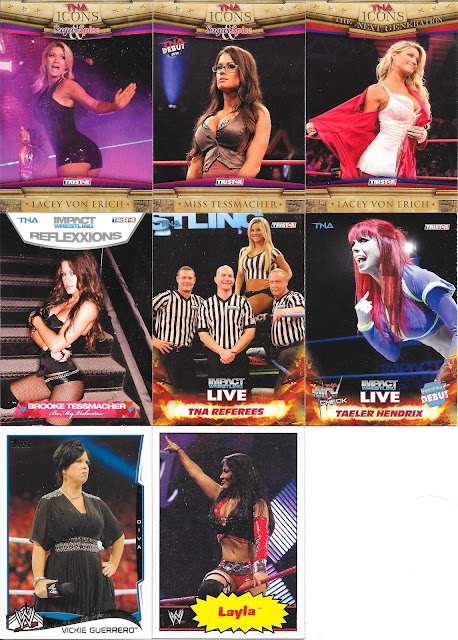 As you will notice, the cards tend to be more women focused, or the fact that there may be less interest is why I win these more often (at lower / cheaper prices). These were all from individual card purchases, I remember that at least.

Hockey
I also remember that the hockey cards, were all in a single lot, and I picked them up because I noticed the Lou card was in French which I needed. 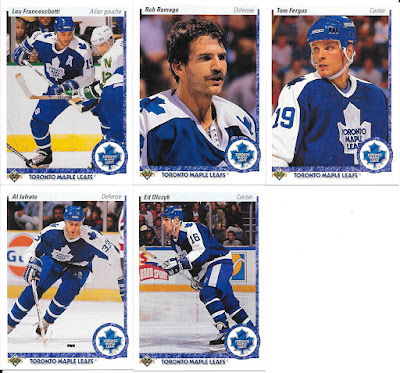 There are more current cards too as shown in another lot win from the same lister - and I needed three of these to boot!

I think the different colour designs should have been set by team, but just a small complaint.

Baseball
Really happy about the individual cards I was able to pick up here. 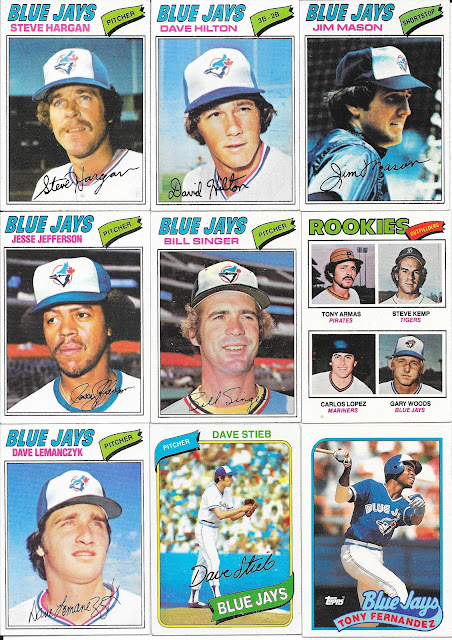 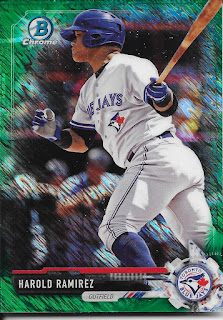 I only had a single 1977 Topps Blur Jays card, so these were nice to put a big dent into that set, and the Dave Stieb rookie card was one I have wanted to pick up, so a great opportunity I wasn't going to pass up on getting here.

As you can see, more variety in baseball cards as we go from 1977 all the way to a 2017 Bowman green parallel (numbered to 99) of Ramirez.

As if that wasn't enough, I also was able to pick up a new unopened pack, with a second to open as well: 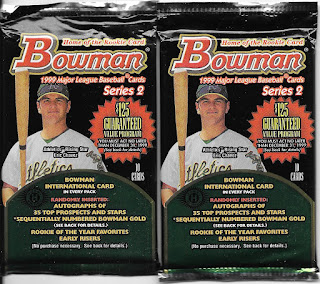 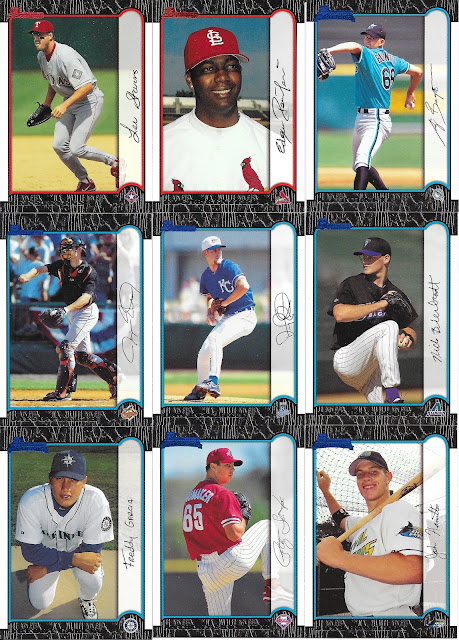 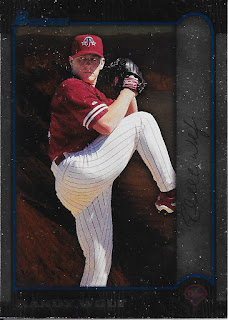 As far as packs go, not going to complain picking up a Josh Hamilton rookie card! A great way to finish this post and the thanks for all those on Listia.
Posted by CrazieJoe at 8:00 AM