No all of the trades I do are just for Toronto team collecting, I do slowly work on a few sets for completion. Here there was a trade for similar sets as we were both working on 1987 Topps. Akenyon1 was able to send over some cards to keep me going on 1986 and 1987 Topps.

Actually, both sets are in very different states. 1987 Topps is actually fairly close to completion. 1987 Topps I need less than 10 cards in the set, but also have a few I am trying to replace quality wise, and some error and Jays dupes I need, but close. 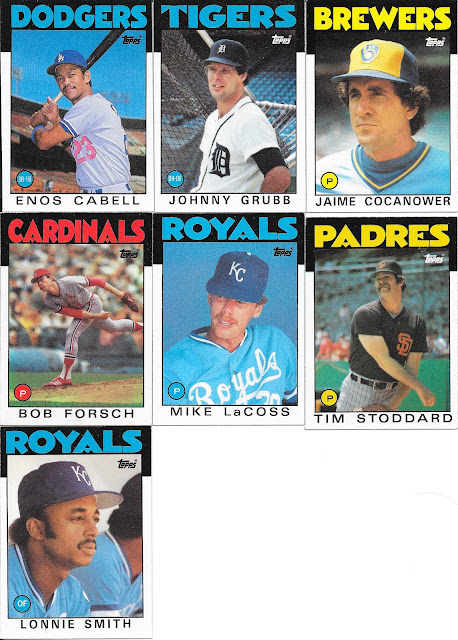 As you can tell, I am still missing a bunch of regular everyday common cards from the base set, but at least it is a few less than I did before this trade. 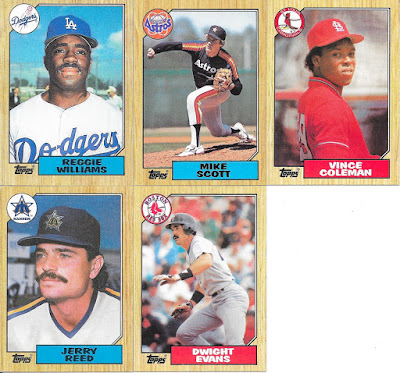 Dwight Evans here nearing the end of his career which was spent almost solely and completely - all 18 of 19 years of his career - in Boston.

Not every trade has to be for memorabilia cards, or 1/1s or other fancy cards to be a great trade as this one shows. Happy to move these sets and send a great thank you to Akenyon1.

I have another thank you today to share, which came way of a surprise act of cardness. An unexpected envelope from Detfan6897 which contained a few Leaf needs... 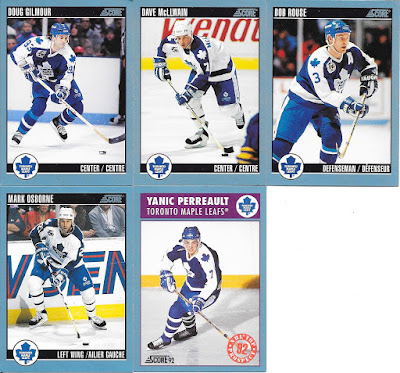 Any new Doug card for me is a welcome addition!

A wonderful surprise, especially since my normal one hour commute last night was three hours as our train's engine failed. A great way to end the day with some unexpected cards.
Posted by CrazieJoe at 8:00 AM